A collaboration between the Guerrilla Foundation and the Smart CSOs Lab

An increasing number of civil society organisations (CSOs) are becoming aware that they might be winning battles but losing the war with respect to addressing the many crises the world is facing, such as those related to climate change, inequality and democracy. This realisation has prompted several CSOs and funders to embark on a transformative journey of engaging deeper with systems thinking, improving understandings of the root causes of systemic crises and experimenting with leverage points that could help bring forth the Great Transition.

This article outlines the lessons learned from such a journey taken through the Pathways to the Great Transition project, which the Smart CSOs Lab launched in 2017. With this project, we wanted to demonstrate the concrete ways in which civil society actors, funders and grassroots activists can work towards the Great Transition. We especially wanted to develop new knowledge via experimental practical projects, and to do so we decided to use an action research approach and experiment with ideas (strategies for change) that were developed within the Smart CSOs context.

In the spring and early summer of 2017, we organised two meetings in Berlin where the project partners met to get to know each other and to understand the work the Guerrilla Foundation was doing and where opportunities for improvement lay. Our assessment was that the Guerrilla Foundation was a small, new foundation, keen to make an impact towards systemic change, particularly in what they felt was their niche, the funding of small grassroots organisations where other funders were not very active. The Guerrilla Foundation team also felt that their small and flexible structure would enable them to experiment with implementing new ideas (as part of this project) without the bureaucracy that bigger organisations often face. 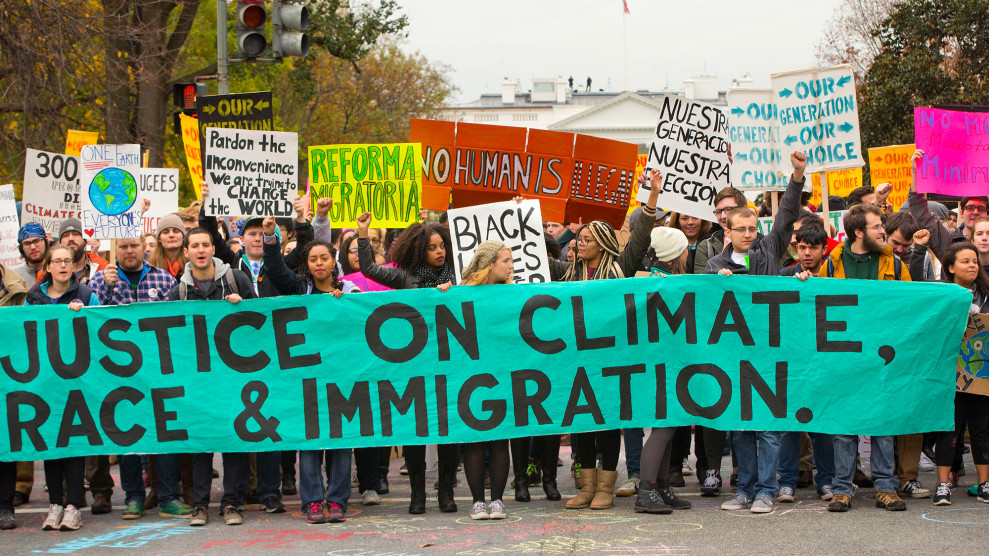 We concluded that the Guerrilla Foundation lacked a systematic framework that linked their process for selecting grantees with a deeper understanding of the root causes of systemic crises and how these could be tackled. We felt that the organisation needed to develop internal capacity as well as put in place processes and tools to be able to fulfil its purpose of supporting systemic and transformative activism. Concretely we thought that the Guerrilla Foundation needed to develop a better understanding of the root causes of current systemic crises as well as internally agree on a theory of systems change. The grant selection criteria and an associated monitoring and evaluation process should then systematically build on and link to this understanding.

We agreed on an action research question that we would explore throughout this project:

“How could the Guerrilla Foundation choose, work with and evaluate its grantees in order to tackle the root causes of global crises and re-shape narratives in support of the Great Transition?”

After the summer of 2017, we joined forces with Dina Hestad who was writing her PhD at Oxford University. In her research, she was exploring what dynamics, processes and capacities can help organisations succeed in catalysing and supporting the transformation of systems towards a more sustainable, connected and fairer world. Both project partners felt that Dina could help us develop a rigorous approach to our action experiment.

The rationale and theoretical underpinnings

Many civil society organisations apply a theory of change that is inadequate for promoting systems change due to its linear focus and assumptions of clear cause and effect relationships. In contrast, in our project we aimed to develop and test a theory of systems change which acknowledges and embraces the uncertainty and self-organising nature of complex adaptive systems as well as the role of agency, patterns and relationships in the evolution of these systems. The foundational thinking behind the theory of systems change that we applied is that in order to generate transformations towards sustainability, we need visions for the future; transformative capacities at individual, organisational and societal scales; and pathways for solutions and strategies. If organisations link and understand the interactions between their visions, capacities and strategies in an iterative and continual way, they have greater potential for finding and experimenting with different leverage points or generating prototypes for new system configurations.

Additionally, the theory of systems change methodology is based on different social theories, which can help explain the root causes of systemic crises and suggest leverage points to address them. The focus is on applying and testing these theories through monitoring and evaluation tools, and the theory of systems change should be updated when new evidence is presented. The theories that we used to develop grant selection criteria for the Guerrilla Foundation were the Theory of Social Acceleration by Hartmut Rosa, the Moral Foundations Theory by Jonathan Haidt and the concept of transformative capacities, all briefly summarised below.

This is how we approached the action experiment. The Guerrilla Foundation opens two grant application processes each year. We decided to start our experiment for the first application round in 2018, which ran from February to May. In February 2018 we helped the director, Romy, change some questions in the application form to make them more focused on finding out the potential of grantees to tackle root causes and have systemic impact. In addition we proposed and thereafter agreed with the Guerrilla Foundation on a list of criteria that would help to identify applications with a high potential for system change during in the selection process. The criteria were based on our longer-term research within the Smart CSOs Lab as well as the theories that we had chosen to test (see above). The criteria were:

A big advantage for the project was that the director of the Guerrilla Foundation, Romy, is very entrepreneurial and can make decisions without the burden of long processes often found in bigger organisations. Also, she was very receptive to our suggestions. Most of our suggestions for the application form and criteria were accepted and could be tested. However, we received feedback from the selection committee that the criteria were not easy to understand, and its members had difficulties applying them during the selection process. A lesson learned from this is that criteria alone are not enough. Those responsible for grant selection need to build the capacity for complexity thinking and agree on a theory of change as well as develop the criteria together to fully understand the basis on which they are making the selection.

We all concluded that the project would have benefited from a longer, facilitated meeting with the whole Guerrilla Foundation team (including Antonis, the founder) to develop a common understanding and a theory of systems change. In August 2018 Romy went on maternity leave, and knowing that realistically we would not be able to continue the collaboration before 2019, we decided to end this project while remaining open to further collaborations in the future.

As the project progressed, all project partners became aware that there were some strong differing views between the Guerrilla Foundation and Smart CSOs teams during discussions about the type of activism that would contribute to systems change. The Guerrilla team emphasised the importance of supporting activism that speaks to the interconnected nature of social categorizations such as class, race, and gender and addresses the resulting overlapping and interdependent systems of oppression, a concept that is often described as intersectionality. In contrast, we believe that intersectional activism can be counter-productive when tackling global crises because it is often not based on a rational analysis of real injustices but instead believes in quite nebulous social constructs of toxic masculinity and white supremacist patriarchy that apparently create oppressions everywhere. We believe such narratives don’t appeal to shared morals and identity on a broader societal scale and will therefore fail to galvanize broader societal support that is always necessary to succeed. Instead it is likely that it will further reinforce societal division and tribalism, especially so in times of growing societal polarisation. In such a polarised political context, we are sceptical of the Guerrilla Foundation’s belief that movements of oppressed groups can become a driving force of the Great Transition.

Initially we had hoped that we could reach more common ground by exchanging arguments throughout the project. While we had a number of conversations about these questions and did agree on some points, tensions continued to emerge at various moments, for example, when discussing the applications in March. For our collaboration, it meant that while our selection criteria had some influence on the selection of grants, a number of the selected grants were in contradiction to our criteria and seemed to be selected on the grounds of intersectionality.

This experiment and project was very valuable for initial considerations about how to design tools and methods that could help CSOs, and especially funding organisations, achieve more systemic and transformative impacts. It is clear that there is great transformative potential within this sector, but for this to be fully realised the gap between words and actions needs to be drastically reduced. The Guerrilla Foundation as well as wider activist circles frequently use complexity and systems change language, but their actions do not adequately reflect the scientific theories and concepts underlying these scientific perspectives. This project has made some progress towards narrowing this gap, but a much longer and concerted effort is needed to make a more significant impact.

The lessons learned from this project have proven very valuable to us and will help inform our future endeavours to promote more systemic activism towards the Great Transition. To conclude, we want to leave you with a few key lessons we’ve learned: