In our first newsletter this year we continue talking about visions, utopia and new stories — so important in these times of dystopian narratives. We have started to work on our new project Pathways to the Great Transition and have some initial insights and questions to share.

We hope you enjoy our selection of articles, book recommendations, and news about projects.

system change discussions among civil society actors and funders become much more concrete and less dogmatic, as well as rooted in existing knowledge about human nature and human systems, rather than our reflexes and emotional attachments to particular theories of change.

At our last annual workshop in Barcelona in October 2016, we made a start with a dialogue on visions and theories of change. From those conversations, in addition to a pre-workshop survey, we identified a number of strong views, common patterns and differences that we would like to look into in more depth during the course of the research. Read our blog post with a summary of the most important trends we have identified.

The Utopia of the European Republic 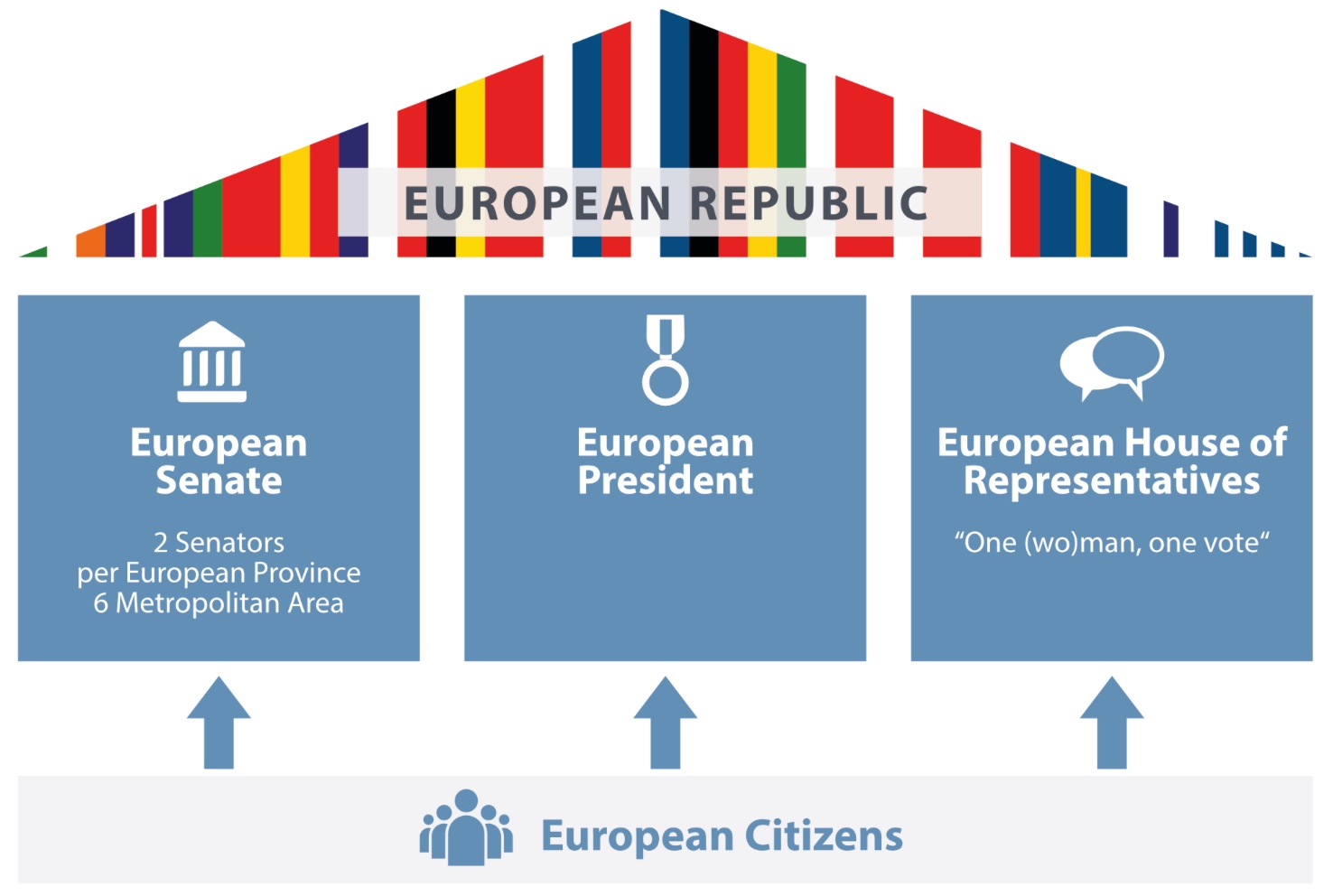 In times where nationalists are winning support everywhere, it might seem an odd proposal to eliminate Europe’s nation states and establish the European Republic. But the current crisis of the European Union is precisely the motivation for Guérot’s call. She wrote her utopia for Europe because societies need a goal. We need to imagine things for them to become true one day. Ideas move history and create reality.

“Unlike the nation state, the republic has been an important guiding principle in European political thought for thousands of years and thus offers a real chance to bring together our common legacy in a new political project. The European project could fall apart and ultimately cease to exist. It is essential to mobilize forward-thinking Europeans with a common goal and a clear idea for a democratic union. In a republic, all sovereignty emanates from the people!”

In a recent interview, Guérot argues: “I would dispute whether we are really experiencing a renationalisation. I think what we see beneath the surface is that the discourse about renationalisation is there, and that’s the way we frame it, but I would dispute that this is the reality. Because my argument or my thesis is rather that populism actually splits nations. That is what we see in the UK with Brexit, the Britons wanted to protect their national identity against the European continent. What they got was the implosion of the British nation. Today, if Theresa May has one problem, it is the unity of the British people.”

If civil society wants to make an effective contribution to create a new political and economic system, it has to go beyond protest and lobbying for reforms. It has to get involved in discussing utopias like this one. Utopias shape our thinking and will shape our future.

Article: Why nothing changed in 2016, and how to support real transformation in 2017 and beyond

We might be inclined to label 2016 as a year of tumultuous political events, but the authors of this article (Martin Kirk, Jason Hickel and Joe Brewer from /The Rules) argue that nothing has fundamentally changed: “the core logic of the global operating system is going unchallenged”; that is the logic of self-interest, economic growth, and materialism.

The authors, who are renowned for their expertise in cognitive linguistics, call on us to come together in a combined “culture hacking” effort, to challenge some of the broken stories at the core of our mind-sets. They suggest methods and expertise to help.

One example of their approach was their reaction to the launch of the SDGs in 2015: “We saw the SDG moment as an opportunity to start to question and deconstruct some of the cultural narratives that underpin International Development ‘common sense’. We set ourselves the objective to open up the mental space for inquiry among development professionals and change agents working to address systemic threats to humanity.”

By asking questions such as how poverty is created and why growth is the only answer, /The Rules challenged the assumptions behind the SDGs “to open space for new meanings to fill in where (these beliefs) have broken down.”

“Once upon a time our society was rich in stories. They united us and helped us to understand the world and ourselves. We called them myths. Today, we have a myth gap.”

Evans, who is now campaign director at Avaaz, argues in this book that we urgently need to find new myths. In their absence, the marketing industry finds the ideal space to tell people who they are and what to buy, whilst Trump, Farage and Le Pen fill the void with their dark anti-myths and divisive ‘us vs. them’ stories.

“In this time of global crisis and transition — mass migration, inequality, resource scarcity, and climate change — it is only by finding new myths, those that speak to us of renewal and restoration, that we will navigate our way to a better future. It is stories, rather than facts and pie-charts, that have the power to animate us and bring us together in to change the world.”

This article written by the author discusses some of the content of his book.

The hosts of the 2014 Leipzig Degrowth Conference, Konzeptwerk Neue Ökonomie, have recently published a series of essays in the English language; results from their research into the relationship between degrowth and other social movements. The study looks at the relationship between degrowth and a number of movements, including: Buen Vivir, Commons, Solidarity Economy, Transition Initiatives, and Environmental Movements, amongst others.

The results are published as separate essays for each movement, 21 in total. Each essay discusses the key idea of the movement, the main actors involved, its relationship to the degrowth movement, and an outlook for the future.

The essay on the Environmental Movement draws on insights from the Berlin Smart CSOs Lab, an action learning process we co-organised in 2014–2015.

This research provides valuable insights into different narratives, visions, and strategies for a transition to a new economic and social model held by a wide range of alternative movements. Most interesting are those sections where the authors also provide their critical perspectives on the degrowth movement. This provides opportunities for future debate.