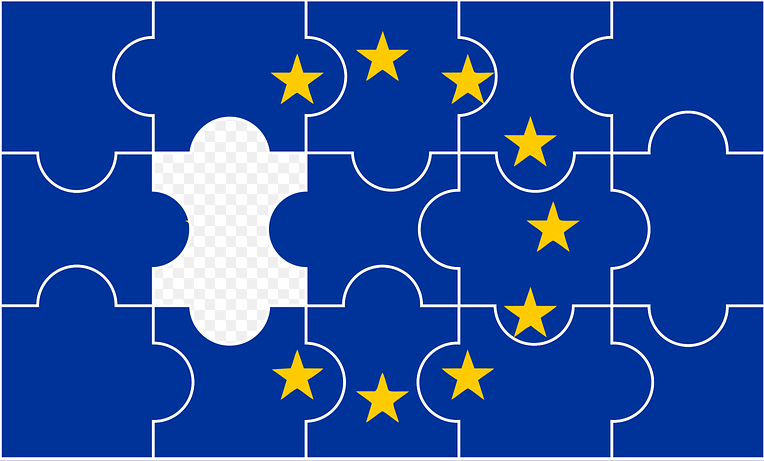 The more often you repeat something, the more likely it is that the idea sticks. For example, the most active ‘Feel the Bern’ supporters distributed thousands of messages describing Hillary Clinton as a neoliberal evil that had to be avoided at all costs. This seems to have influenced many of the millions of young activists who gathered around Bernie Sanders’ U.S. presidential candidacy.

It is well-documented that many of these Sanders supporters did not vote for Hillary at the U.S. elections. One of the frequent reasons stated by non-voters was: “it doesn’t matter for who you vote, it’s just the lesser of two evils”.

In 2016 we had Brexit, we had Trump. In 2017 we will see elections in Netherlands, France, and Germany, where right-wing parties threaten to make important advances. Especially in France the risk is increasing that Marine le Pen becomes president.

Right now it looks like the populist right has a powerful narrative. It blames the liberal elites to be responsible for catastrophic immigration and Islamisation. Politicians (“Merkel must go”), experts (“people have had enough of experts”) and the media (“the Lügenpresse”) are the enemies.

The scary thing about all this is it’s not just rhetoric. The right has a project it wants to implement: To create authoritarian national regimes à la Putin, Erdogan or Trump, to leave the EU, to ‘bring back’ national control on policy, to stop immigration, and to strengthen traditional (Christian) values.

Let the right win to shake things up?

If the political win of Le Pen and others is an increasingly likely outlook on our near future, do we not have to do everything we can to avoid this to happen?

Unfortunately it looks like across the ‘mainstream’ political spectrum there is a persisting business-as-usual attitude. But if events from this year have taught us anything, it’s that this is exactly what electorates are voting against. With this in mind, it seems difficult to imagine how the neoliberal project of François Fillon can be a promising answer to Marine Le Pen.

But what about the progressives, what about the European Left? There is a striking ambiguity in recent comments from left-wing leaders. It seems like the left is more focused on continuing their fight against the liberal mainstream rather then seeing the populist right as a real threat for their project.

Radical left Slovenian philosopher Slavoj Žižek has repeatedly argued that it could be a positive step that Trump has won the U.S. elections as it might ‘shake things up’. German left-wing (Die Linke) party leader Sahra Wagenknecht has recently praised Donald Trump’s economic policies in a speech in the German parliament.

There are many more in left-leaning social movements in Europe and beyond who argue that Trump and even the possible break-up of the European Union is a real opportunity to start from scratch and create the institutions that are really democratic and bring us to a just and sustainable future.

Their theory of change is: The disappearance of the EU and the ensuing political instability in Europe (call it system shake-up or call it system break-down) will create the political opportunity for progressive democratic forces to join and create the new system from the bottom up.

But how much of this theory is based on evidence seen in analogies from history, and how much is pure wishful thinking? Is there, in fact, stronger historical evidence that makes this strategy seem extremely dangerous?

It is clear that we need transformational change in our political and economic system to offer credible responses to the challenges of climate change, war, migration and inequality. Current politics is not offering any real answers.

However, it is unclear how a shift towards right-wing governments with strong nationalist agendas, and with fascist and xenophobic tendencies, will offer more opportunities for a transition towards a better economic system than if more moderate liberal/conservative parties continue to rule.

Is there not a good chance that once the right has conquered power, they will shape a cultural and political hegemony for many years to come? And even if such authoritarian nation state stability is not the outcome of this political overthrow, how likely is it that new democratic structures of international collaboration can be created at a speed and in the way that pressing issues like climate change demand?

Shaking things in a different direction?

If the theory of change of ‘shaking things up’ is not a good option, progressives should start a serious reflection on their narratives. The way the left communicates about the EU and the way it talks about “elites that are out of touch with the reality of ordinary people” sounds very similar to the narratives of the European populist right.

There is a clear danger that if the narratives are similar, people will vote for the political project that seems to provide answers — which right now is the far right. Even if these answers might be simplistic, they seem to be attractive to many.

Without a powerful left-wing project on offer the current narratives, e.g. about the EU as being ‘locked in the neoliberal nightmare’ may give way to important vote abstentions, especially from young people, during next year’s national elections in Europe — similar to what happened with Trump and Brexit. Other, formerly left-oriented voters will vote for the populist right.

In any case, under the current circumstances it is difficult to see that left-wing populism could be a winning option in most European countries. A recent study by Bertelsmann Stiftung showed that the main reason people are drawn to support extreme right parties is their fear of the effects from immigration. The widespread interpretation from the left, that it is economic reasons and austerity politics, is therefore rather a myth. Economic reasons play a role, but it is much more complex than that. Žižek rightly observes a dilemma for the left in that fact that Angela Merkel welcomed 1 million refugees in 2015 against the will of a majority of the German population. How can a populist left agenda succeed in a such situation? Populism is about easy answers and the left can't provide them.

A progressive project cannot expect to win democratic majorities under the current scenario of growing political polarisation. In fact, democracy itself is at risk if we don't reverse this dangerous trend and start building a new political centre ground. For this to happen, a political project has to be attractive for people across a wider political spectrum.

What about turning these narratives completely around and starting to talk positively about our common European project? Only this week, Van der Bellen has shown in Austria that a decisive pro-EU narrative can win elections. There is no need to betray our convictions about the need for transformational change at the heart of the EU institutions. But to start with, we need to talk about them as ‘our institutions’ not something ‘out there’. We can say that we ‘need to make Europe great again’, but most of all we should talk about Europe as ‘our precious common project’ that, in spite of its design flaws, has brought us 60 years of peace and, inside the Union, a continent without borders and with much positive collaboration (e.g. science) and enriching human encounters (e.g. Erasmus).

Such a narrative won’t eliminate the real problems Europe and the world is facing, and it won’t stop the frustrations that many European citizens are feeling. But it would be a much more solid starting point for progressives to begin a search process towards the society we want to be.

Of course, this is not just about Europe. As Paul Raskin reminded us recently with his new essay, Journey to Earthland, the real conversation we need to have is about the ‘Great Transition to a planetary civilisation’. A fall back into nostalgic, inward-looking nationalisms and further societal polarisations will make it much more difficult to seriously consider such a journey for many years to come.